This will be my final post on my daughter's 2-year-old birthday party.  I was going to order the standard store bought cake but was talking to a co-worker who brought in cupcakes and she convinced me that I could make cupcakes.  So I did!  :)

Here is the cupcake stand.  This is a Halloween cupcake stand that I bought from Michael's.  It originally had a black skull at the top but I cut out the Mickey shape and covered it up. 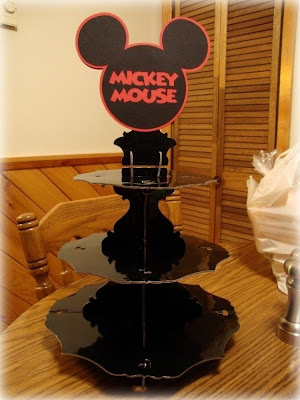 I made cupcake toppers by designing them in Gypsy, assembling, and putting them onto a black coffee stir stick. They are about 2" around. 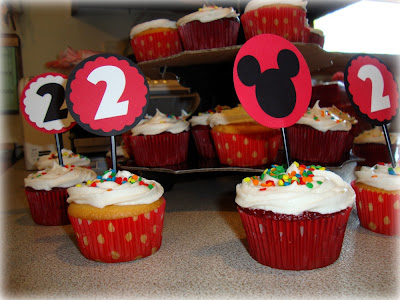 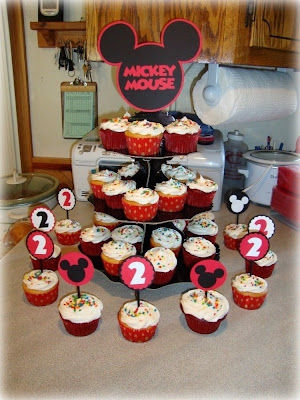