As soon as I looked through the handbook for this cartridge, this is the layout that came to mind.  I saw that mirror and immediately thought about my youngest daughter's first toenail painting.  I was painting my older daughter's toenails in the bathroom when she came to investigate.  Then she HAD to have hers done too, just like her big sister's.  It was so very grown up of her! 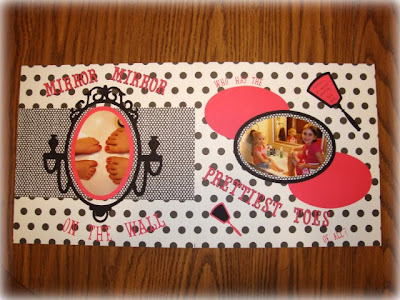 (Click on any image to make it larger)
This layout was a lot of fun for me.  The mirror was cut at 9", with the circle layer also being cut at 9".  I then took the left over circle from the large mirror and the insides of the pink circle and made the right page.  After I had everything put together, I decided it was too empty and there wasn't a good place for journaling.  That led me to the hand mirrors on the right page.  Those are cut at 2.5" and 4.5".  I had to cut them out twice, once in black and once in pink to get the insides to be the opposite color.

I cut all the letters from Storybook, as I thought that font matched the theme of the page.  I cut the big letters at 1" and the small letters at 0.5".  If I ever did this layout again, I would not use 0.5" letters!!  Way too small and hard to work with! Oh well though, I had them cut so I was going to use them! I'm sure you've had that feeling before.  :) 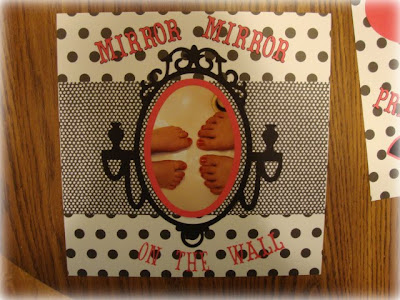 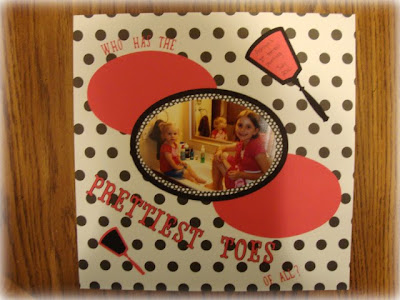 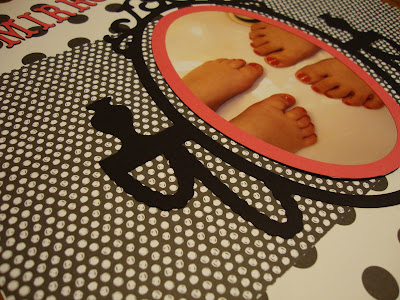 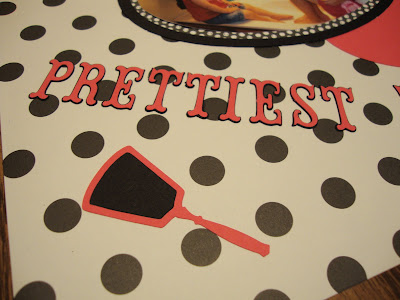