Ooh, today's prompt was a doozy - Colonel Mustard.  It took me quite awhile to get around to where I was going to go with that one.  I eventually thought of Colonel meaning military and one aspect of the military is it's planes.  Since I don't have anyone close to me in the service right now, I thought of the military planes that we saw at last year's EAA, which is an aviation convention. So I took the long way around but I arrived at scrapping pictures of us at EAA. 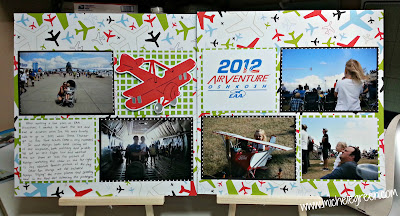 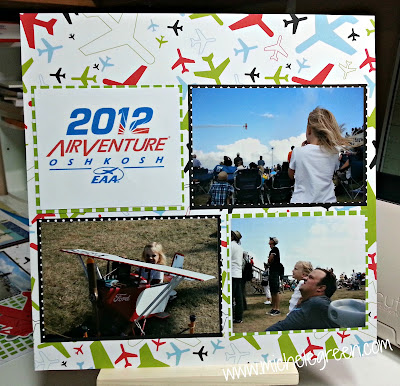 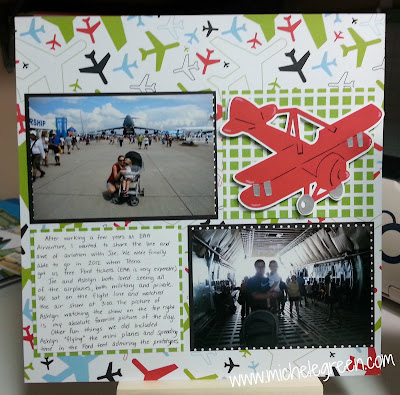 The paper is from the Travel set of AC Patterned Papers. The biplane is cut from Cricut's My World cart at 4".

Email ThisBlogThis!Share to TwitterShare to FacebookShare to Pinterest
Labels: Layout, My World