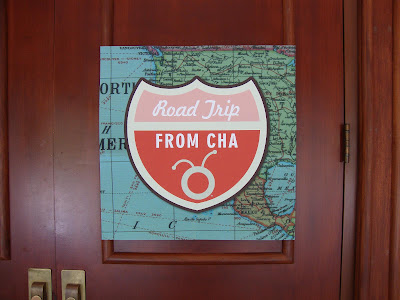 Today I was lucky enough to be able to attend the Cricut Circle meet up in Mason, Ohio.  ProvoCraft brought CHA to us.  The theme was Road Trip From CHA.  It began at 9:00am.  Here are some Circlets waiting to get in: 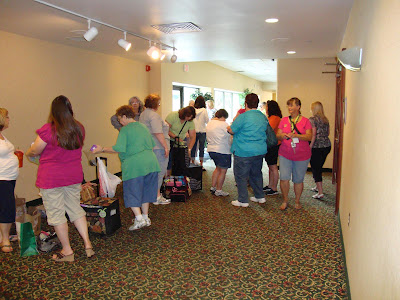 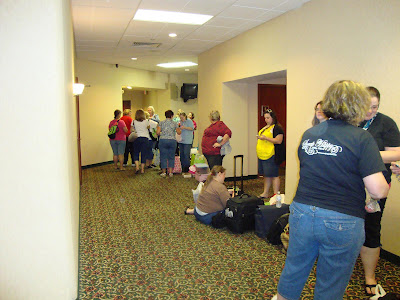 We checked in and received a make and take box to complete on our own.  It is really cute because when you open it up, there is stuff hanging down from the lid.  Here's a picture: 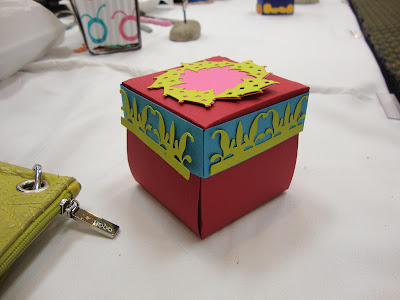 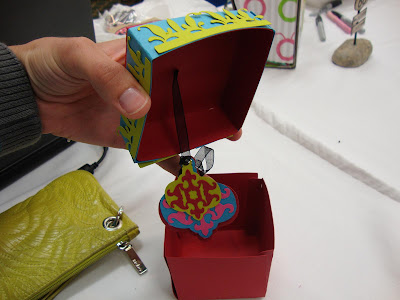 (There also was a Halloween box but you only got one or the other.)

From there you picked a spot to sit (I made sure to score a seat next to the Chicago crew that included Missie Todd and JaniceA. Woohoo!).  Here is what the room looked like: 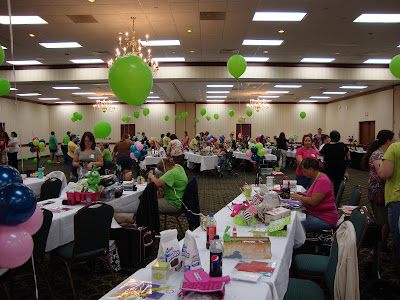 It was really a great space for a meeting.  There was plenty of room, a mic system, great lighting and had air conditioning.  That last part was a down fall for me - I swear, I must be cold blooded!  Brrr! :)  There were two people per table.


Next, I lined up to look through the store.  They brought some great stuff including the Cricut Plushies (I bought a big one) and the Cricut silk scarves.  They also had the world premiere of the little Cricut collectible guys.  I was able to buy two! It was fun because we were told not to open them and then everyone opened them all at the same time.  I ended up with two red ones but I traded with my tablemate, Pattyk, and now have these: 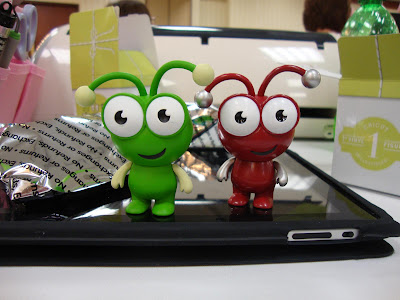 We heard from a few PC folks throughout the day.  They answered questions, talked about the Circle past and present, and explained the Cricut Mini and the E2. 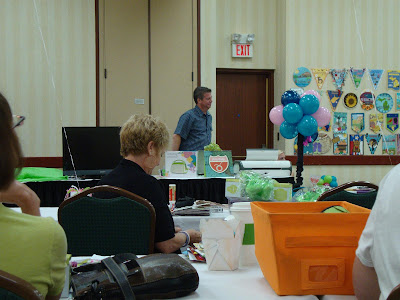 (Chris Dodge above; Chris, Michael, and Christy below) 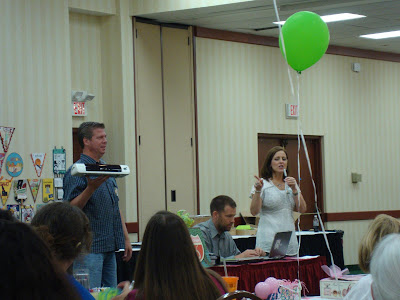 There was plenty of time to trade calling cards and swap magnets. Here is MissieTodd teaching LauraCharko how to make a bottle cap magnet: 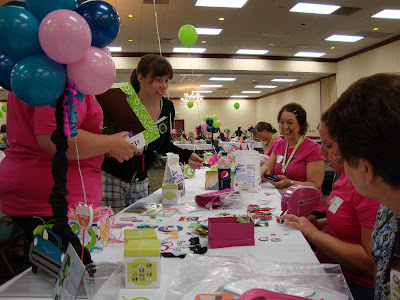 I will take pictures of all the calling cards and magnets I received and post those separately later this weekend.  It really is amazing how much creativity the world holds!!

After lunch they talked some more about PC and the machines/updates.  There was more cropping time in the afternoon, along with 11 giveaways.  They also announced the banner contest winners!  I took pictures of all the banners and will put them up in a separate post.

Last but not least, we had a visitor!  Look at this cute little guy!! 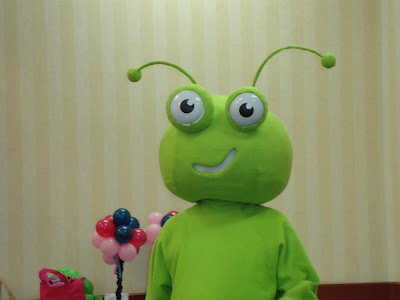 And here I am with him! 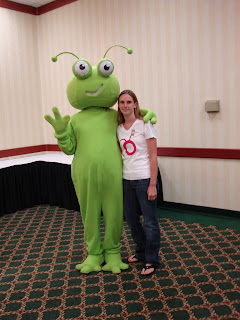 I had a great time and really enjoyed meeting my fellow Circlets the most.  That really is a huge part of the Circle for me and I love it.  It is so amazing to meet the people that I "talk" with everyday.  Thank you to KimH for putting so much hard work into this day.  It turned out great!
Posted by Mrs. Green at 8:55 PM

Email ThisBlogThis!Share to TwitterShare to FacebookShare to Pinterest
Labels: Circle